The ruins of the first building of the Athonite Academy are located on the coastal slope near Vatopaidi Monastery. Their size is impressive. The wings of the building form a rectangle around the temple of the prophet Elijah; within it, 170 pupil cells were located, as well as the cells of teachers and classrooms. 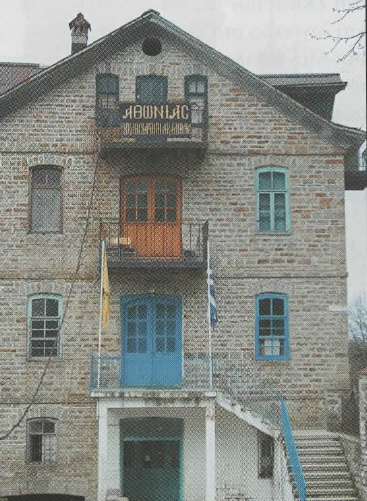 The Academy was first founded in 1748-1749 on the initiative of the Monastery of Vatopaidi and the Ecumenical Patriarch Cyril V. It became the first Athonite Academy (by today's standards we would call it an institution of higher learning).

The eighteenth century was a century of economic prosperity for enslaved Hellenism; this prosperity is expressed on Mount Athos in the extensive reconstruction projects that have been underway in all the monasteries since the middle of the century. The economic boom was directly linked to trade and the development of Greek settlements in major centers abroad; so, the eighteenth century, apart from the economic boom, brought enslaved Greeks into contact with the Western way of life and its intellectual challenges for the first time.

The ideas of Western European enlightenment spread to the East, causing various intellectual upheavals and, in turn, strong reaction from the Church. The establishment of the Athos Academy at the very beginning of the 18th century shows the priority given to education; it also reflects the reverence with which the oppressed Greeks regarded the advances of Western science and philosophy.

The scholar Eugenios Voulgaris, who taught philosophy, was appointed principal of the Athonite Academy; Neophytos Kavsokalivitis (philology) and Panagiotis Palamas (classical sciences) also taught at the academy. Above the entrance to the Aphoniad, imitating Plato's Academy, Voulgaris placed the inscription "Γεωμετρήσων εισίτω· ου κωλύω - Τω μη θέλοντι συζυγήσω τας θύρας" (Let those who love geometry enter - I will not hinder them; for others I will close the doors).

Among the students of Athonite Academy were the holy new martyr Cosmas of Aetolia and the scholar Iosipos Moisiodax, who later became director of the Greek school in Iasi, Romania. Rigas Feraios, who was also a novice monk, was another student of Athonite Academy. The ministry of Rigas on Athos and how it influenced the ideas of his Map ("Rigas Feraios Map" - a geographical map of Greece), which foresaw a commonwealth of Orthodox Christians in the Balkan Peninsula, quite appropriate for the coexistence of Orthodox foreigners on Mount Athos, has not been sufficiently investigated.

The school was short-lived; in 1759 Voulgaris left it, and soon afterwards, in 1809, the Athonite Academy stopped its work. Misiodax lamented the its closure: "Where are you, glorious Eugenios? Where is the great choir of students who, to the joy of Greece, assembled the new Helikon, the abode of the Muses and their pupils? No one is left; the thunder came and swept away those who taught and were taught, and that building, for the sake of which the great thunder roared in the kingdom and throughout Greece, became a nest of crows!" 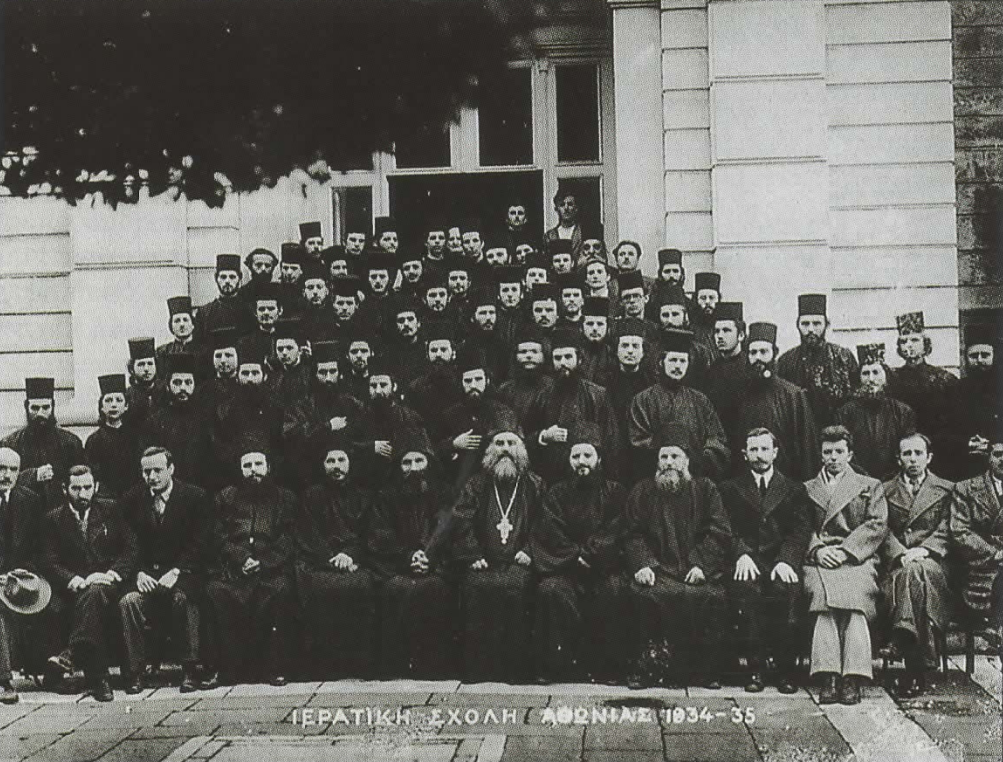 According to Voulgaris, it was the factions within the Academy that were responsible for its disintegration; but it is now known with certainty that its functioning was undermined (quite effectively, as it turned out) by the Athonite monks themselves, who believed that Voulgaris was teaching the works of Western naturalist philosophers who promoted atheism.

Many historians consider the closure of the Athonite Academy a black page in the history of Mount Athos and speak of the obscurantist monks who fought against enlightenment. One might indeed characterize the reaction of the monks as an early expression of the phenomenon of the "cultural revolution," that is, the extermination of the intellectuals that marked many regimes in the twentieth century. In any case, the gap between the educated and the largely illiterate monks at the time was enormous, and the small number of educated people was not enough to form a "critical mass" that would follow its path unimpeded.

The closure of Athonite Academy suppressed any prospect or possibility of establishing on Mount Athos an educational institution equivalent to universities such as Oxford or Cambridge. But let us turn to the words of a British traveler who visited Mount Athos shortly after graduating from Oxford:

When the Gothic style became utilitarian, it became contemptible: look at Oxford and Cambridge. At Mount Athos we can study the exact equivalent of English university colleges, both in date of foundation and layout. Mount Athos has achieved what modern architects strive for: to instill in the utilitarian - the walls in which the everyday routine takes place - a sense of escape from the present. This is how religion worked in Byzantium. While the Latin Church tried to achieve just the opposite: to separate Sundays from workdays... Unlike the West, monasteries in the East were not primarily centers of knowledge, but models of an ideal social order. What Buondelmonti and Belon, writing before Western monasticism was subjected to the ravages of the Reformation, understood. (Robert Byron, The Station. Athos, Treasures and Men, 1927) 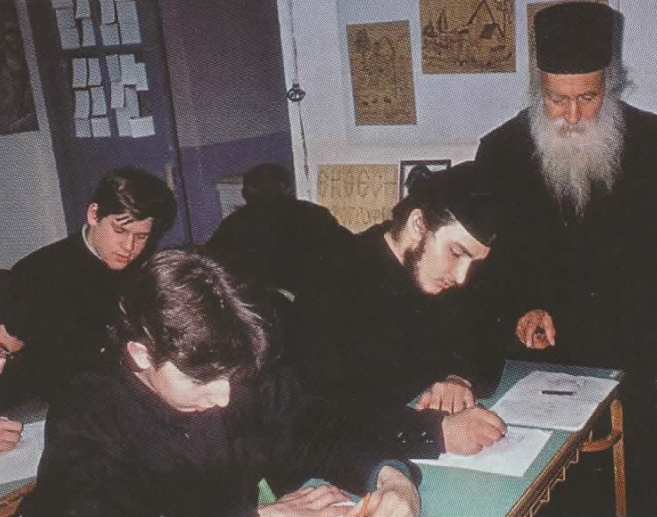 In 1845 the Athonite Academy reopened in the center of the Holy Mountain, the city of Karyes, as a school [i.e. secondary school]. Its work was not uninterrupted; at the end of the nineteenth century, the scholar Gerasimos Smirnakis complained of the inadequacy of the teaching staff. In 1930, the Athonite Academy was moved to its present location near the skete of Saint Andrew.

In his memoirs, Bishop Chrysostomos Rodostolou, the former principal of the Athonite Academy, describes the many obstacles the school had to face: during the military dictatorship (1967-74), the civilian governor refused to approve a budget for the operation of the generator, so students were forced to read under gas lamps.

Т. S. Eliot sums up the course of human thought by saying that "we have forsaken wisdom, being mesmerized by knowledge; we have forsaken knowledge and become prisoners of information". If wisdom is the knowledge that enables us to survive, then the survival of Mount Athos for two and a half centuries after the closure of the Academy may lead us to see some seeds of wisdom in the abandonment of the academy on the part of the Athonites.