Timetable of ferry boats from Ouranoupolis and Daphne 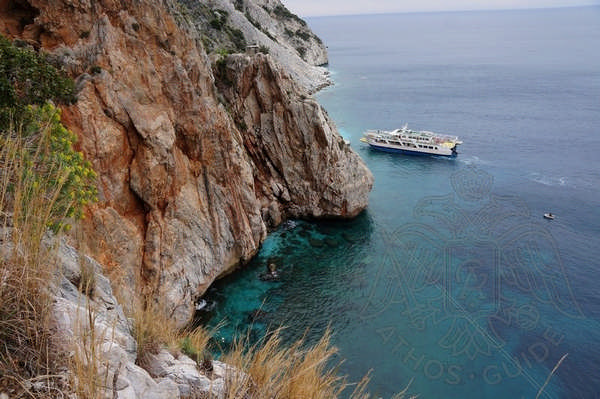 There are several kinds of regular water transport going to Athos daily. Both the schedule and the travel time for each of them varies.

Ferry boats run without weekends and holidays. The only thing that can interfere with departures is the weather during the winter months (December through February).

The ships that sail to Mount Athos from the port of Ouranoupolis (the southwestern coast of Mount Athos) can be divided into three types, depending on their route:

1. Ships departing from the port of Ouranoupolis and arriving to the port of Daphne. They serve the monasteries of Hilandar, Zograf, Konstamonitou, Docheiariou, Xenophontos, St. Panteleimon and Xeropotamou. This category includes:

"Odigitria" speedboat. The journey time is 45 minutes. The boat makes stops at each pier at the request of pilgrims (the desire to disembark at a particular pier must be expressed when purchasing tickets). The capacity is 75 people. The ship performs only passenger transportation.

"Axion Astin" cruise ship. Travel time is 2 hours and 5 minutes. The ship makes stops at all piers of the route. The capacity is 300 people. In addition to pilgrims, the ship takes on board cargo and vehicles. 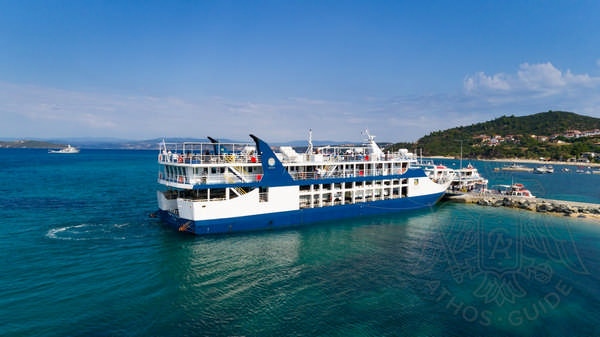 "Mikra Agia Anna" speedboat. Travel time is 1 hour and 30 minutes. The capacity is 49 people. The ship performs only passenger transportation.

* On Sunday, there are routes only to St. Anne's Skete.
** Maximum cost to the final stop is indicated.

"Agia Anna" cruise ship. Travel time is 3 hours, with stops at all piers. The capacity is 200 people. Departs from the port of Ouranoupolis daily at 6:30 am. In addition to pilgrims, the ship takes cargo and vehicles on board.

* On Saturdays and Sundays, there are only routes to St. Anne's Skete.
** The maximum cost to the final stop is indicated. 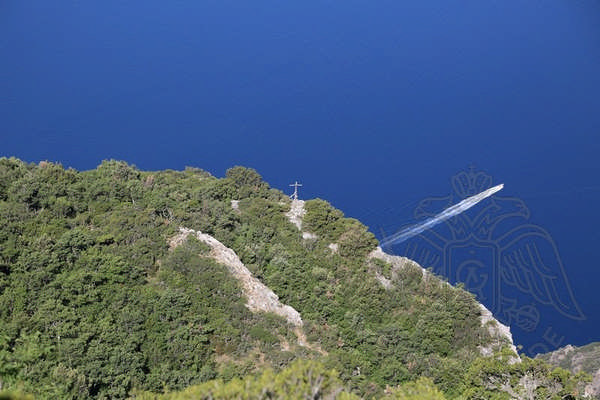 3. "St. Marina" high-speed Taxi Boat. Journey will take no more than 30 minutes. The capacity is 6 people. The departure time depends on your request, between 8:00 am and 17:00 in winter and 19:00 in summer (you can order a boat afterhours, but the cost will increase by two or three times). The cost of the boat is 150 euro per trip from Ouranoupolis to Daphne.

Timetable of ferry boats from Ierissos

The ship sails to Athos from the port of Ierissos (north-east coast of Athos), serving the monasteries of Hilandar, Esphigmenou, Vatopedi, Pantokratoros, Stavronikita, Iviron, Filotheou, Karakallou, and the pier of Morphonou. The travel time to the final destination is 2 hours, with stops at all piers (the desire to disembark at a particular pier must be expressed when purchasing tickets). The capacity is 130 persons. Departs daily at 8:35 am from the port of Ierissos.

* The maximum cost to the final stop is indicated.